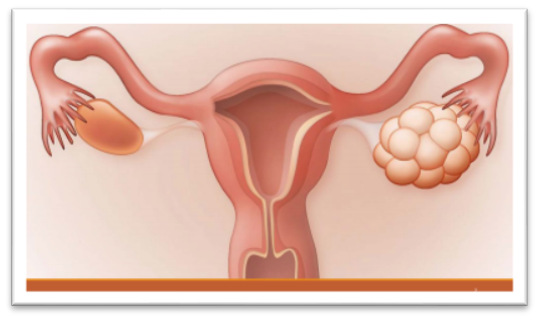 Ayurveda classifies PCOS as a kapha disorder. Arthava dhatu is the tissue responsible for reproduction in the female body and the channel that carries the reproductive fluid is called artavavaha srota. PCOS occurs when excess kapha blocks the natural balanced flow of these fluids and channels

MODERN MEDICAL PCOD is a condition in which ovaries produce many immatures or partially mature eggs, this happens due to poor lifestyle, obesity, stress and hormonal imbalance. PCOS is a metabolic disorder and more severe form of PCOD can lead to anovulation where ovaries stop releasing eggs

Polycystic ovary syndrome (PCOS) is a common health condition in women that involves irregular function of the ovaries. There are three key features of the condition, and the presence of any two of the following symptoms may lead to a diagnosis of PCOS:

The ovary is an ovum-producing reproductive organ, often found in pairs as part of the female reproductive system. Ovaries in female individuals are analogous to testes in male individuals. Ruled by the Moon, Venus, Libra, and Scorpio. The Sun rules the right ovary, and the Moon the left. The Ovum is ruled by Venus. They are also affected by planets in the cardinal signs, as in Aries, Cancer, Libra, or Capricor

Ablation of (Suppression of the Ovaries)–

1.Saturn afflicted in 8th house aspecting Scorpio from the opposite sign.

1.The Sun or Moon afflicted in Scorpio.

2.The Moon afflicted, and especially when in Taurus, Scorpio and fixed signs.

4.Venus in Scorpio and afflicting the Moon or Asc.

5.Venus afflicted in Scorpio in the 6th house.

1.The Moon afflicted in Scorpio.

2.Saturn, Mars and Moon in Scorpio.

3. Jupiter or Venus and Mars in Scorpio

Ovariotomy-Surgical Removal of the Ovaries-Never operate upon the Ovaries or Womb:

1.When the Moon is in Virgo, Libra, or Scorpio, and especially applying to when with Saturn, Mars or other malefices, as death or inflammation may result.

Oviducts-(Fallopian Tubes)-Ruled by Libra sign. The womb and Ovaries are ruled by Scorpio. Any affliction to sign Scorpio indirectly effects the Fallopian tubes.

PCOD and PCOS Through Astrology

2.Scorpio denotes trouble in the womb and ovaries.

3.7th house in a female chart signifies Uterus and Ovaries.

4.Moon denotes diseases of the Uterus.

5.Venus denote disease of the ovaries.

6.Affliction to Venus and afflicted Sun or Moon in Scorpio will create ovarian disease.

7.Hormonal problems due to Ovary hormones are ruled by Moon. 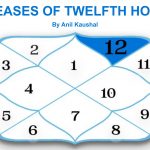 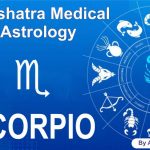 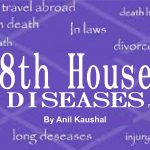 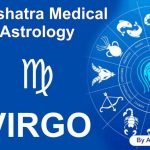 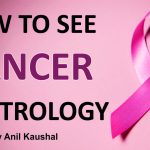 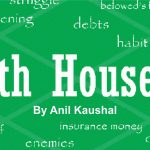 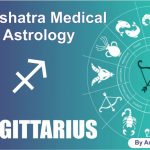 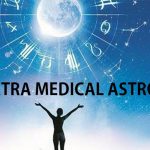