LONG NAILS: The person is simple with no inclination for a particular subject. He also shows timidity and cowardice. If the nails are long, narrow and shiny with large opaque moons, they are indicative of hyperthyroidism. This is because metabolism is accelerated in this disease, so the heart beat rate and there is much blood supply to the extremities and the growth rate of the nails is increased and big moons develop on them. If the individual is longer in proportion to his body build up, then long nails show back-ache.

SHORT NAILS: Short nails show a critical mind and a cautious and wise individual. Though this individual is hasty but becomes successful due to his wiseness. This person is intuitive and inquisitive. The person is frivolous, if the hand quality is poor. If the nails are short with pale colour, then it is an indication of physical and moral weakness and deceitful disposition. If the colour of this type of nails is red, then the individual is of extremely angry disposition. Short nails lack vitality and are accompanied by poor teeth and hair. In childhood, the throat also remains sour.

Thin Nails: Thin nails show weak constitution and the individual suffers from headache when under mental stress. The disposition is forgetful, lazy and sleepy. This person likes spicy and sour things to eat and also complains pains in the body.

Spotted Nails: Black spots on the nails are indicative of extreme physical troubles and death in extreme cases.

Fluted Nails: Sometimes the nails instead of protecting the fingers leave away from the flesh; this is nature’s signal of the trouble ahead. Fluted nails are indicative of colitis and rheumatic conditions in advanced age. These nails are indicative of rheumatic tendency in the family. Sometimes a black line is found in the finger nails which show gas in abdomen and kidney troubles. A black line in the thumb nail is indicative of headache and there is danger of brain haemorrhage. Fluted nails with defective headline below the mount of Saturn show danger of diabetes mellitus. If the nails lose their shining quality, it is a sign of nervous exhaustion. Such nails become brittle and the moons on them become cloudy. White spots on the nails show calcium deficiency.

Watch Glass Nails : These nails are broad and a little elevated in the middle part are significant of tuberculosis, lung tumour, chronic heart disease and cirrhosis of liver. These nails are lustrous, often accompanied by clubbed fingers. The colour of these nails may be blue.

Spoon Nails: These nails are concave and look like a spoon, with a depression in the middle. These nails are indicative of Syphilis, skin disorders, hypothyroidism, mental defects and nutritional deficiencies. Dr. Beau recognized these nails in the 19th century. These nails consist of horizontal or transverse ridges which start at the base and move towards the top as the nail grows and are visible on the nail for, a period of 160 days approx. ., the growing period of a nail from base to top. The horizontal ridges or indentations are associated with acute infections, scarlet fever, influenza, typhus, accidental trauma, nervous shock and nutritional deficiencies. These cross ridges also indicate impending illness and therefore are an alarming signal. Sometimes, like horizontal ridges there are transverse white lines without any dent or ridge. These are called Mee’s lines and occur in coronary heart disease, high fever and arsenic poisoning.

Endocrine Disturbances and Nails: Endocrine glands are responsible for the growth and development of all the fragments of the hand. Under active thyroid, gonads (sex glands) and pituitary glands can be detected from brittle, ridged, short and moonless nails. If the hand with this type of nails is broad, spongy with sausage-shaped fingers and tapered little finger, it indicates hypothyroidism. Gonads are underactive, if with the above nails, the hand is slim and flexible with short and deformed little finger. Pituitary gland is underactive, if with the above nails, the fingers are broad, square, very flexible and short. Hyperthyroidism is indicated by long narrow and shining nails with large moons. These are the findings of Dr. Charlotte Wolff, the celebrated medical palmist.

Nervous and Mental Disorders and Nails: White spots on the nails occur in tired, tense and nervous persons and disappear when these traits are over. Another sign of neurosis is softened, fan shaped nails . These people are sensitive and are rarely satisfied.

Long narrow nails, which are women’s nails are nervous nails. These persons are shy and nervous in expressing themselves. They are very nervous in public meetings and forget to say what they have prepared apprehensively the previous night.

Very short nails indicate a neurotic and irritable behavior and the possessor has an urge for inquest, argument and contradiction. This person argues just for the sake of argument, though he knows that he is wrong.

Throat Troubles and Nails: Throat troubles are usually associated with large and round shaped nails and also troubles like asthma, laryngitis, and bronchitis etc. particularly the diseases of respiratory tract. This nail is somewhat round like a bulbous nail to a very slight degree. These diseases may occur with any type of nail, but curving alone is a peculiar feature. This is the nail of a person who is very sensitive to sudden changes of temperature and cold. The lungs also come into picture along with bronchi and trachea, if this curving nail is long in shape.

Tuberculosis and Nails:  It is bulbous nail, growing on a bulbous fingertip. This nail is curved at the end of bulbous tip giving it the shape of club. This nail is indicative of tuberculosis of lungs and sometimes of spine. The formation of this type of nails is associated with inability of lungs due to degeneration, to remove the carbonic acid gas from the blood stream and intake oxygen to revitalise the blood for oxidation even in extremities like finger tips. This means that the lung tissues are damaged to such an extent that they are neither able to remove the carbonic acid gas from the blood nor able to supply fresh oxygen to the blood, which is the function of healthy lungs. Thus poisonous substances remain in the blood which gives bluish appearance to these bulbous nails.

Paralysis and Nails: These nails are flat, shell shaped and narrow at the base. If these nails are white and brittle and lift at the top, the danger of paralysis is increased. White spots on such nails indicate nervous prostration and highly strung nervous system particularly, if the nail moons are not there. 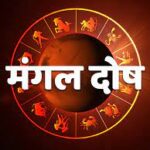