Sade sati is a period with many challenges the duration of which is 7 and half years. The period of Sade-sati starts when Saturn enters the zodiac sign immediately before the Moon sign of the native. The Sade sati will continue while Saturn transits over this sign and the next two signs, i.e. the birth sign and the sign after it. Saturn stays for 2.5 years in each sign and to cross these three signs it takes about 7.5 years thus the name Sade sati which literally means seven and a half.

What is Sade sati ?

This whole duration of transit of Saturn in above three signs is known as Sade sati. According to one school of astrological thought this is a troublesome time for the individual who is going through it however, as per another school of astrology the Sade sati is challenging but not as damaging as many astrologers claim rather many people achieve lot of success during the period of Sade sati. The impact of Sade sati is supposed to be felt differently by people of different moon signs. It is said that people of Moon sign Aquarius, Capricorn & Libra do not have any ill effects from Sade sati, while people of Moon sign Cancer feel The maximum impact.

Generally those people in whose horoscope Saturn is Yoga karaka and occupies its sign or Navamsa of exaltation, Moolatrikona, or that of a friendly planet or own house in an auspicious house in the birth chart then the native gets good results during Sade sati. Saturn, the karaka for hard work, discipline, old age and authority, will show results based on how the individual has lived his/her life up till that point. If the person has been disciplined, and worked hard, this is the moment Saturn shows its rewards. If Saturn is ill-placed in bad houses, he may face challenges that reflect this bad placement.

Sade sati’s heaviest challenges during this time, and how the individual deals with it, set the tone for the next 22.5 years as Saturn starts to move around the twelve houses again. Vedic astrology also prescribes certain remedies and mantras that can be recited to please the lord Saturn and limit the effect of Saturn’s Sade sati. Another related astrological transit of Saturn is the Dhaiyya (2.5 years), also known as Small Panoti (Small Trouble), and Kantakshani, or Ashtamshani. This transit of Saturn occurs when the Saturn is transiting through the 4th sign from the birth Moon sign (Kantak Shani), or from the 8th sign from the birth moon sign (Ashtamshani). Vedic astrology says that these two are hazardous periods, though not as much as the Sade-sati. But if there is a proper system then this period of Sade sati will not affect any human being. The transiting of beginning & that of ending of Sade sati depends on sign and degrees of Moon in natal horoscope.

Sade sati starts 45° before and ends 45° after the degree of natal Moon. Whether Sade sati will give good results or bad depends on sign of Moon. Relations of Saturn with lord of sign of Saturn’s transit should be studied.

For example if Saturn is transiting on Leo, relations between Saturn and Leo’s lord Sun must be considered which are enemy relations therefore Saturn’s transit on Leo will be a difficult period and results will be related to the house having Leo sign. Saturn’s transit on friendly sign is beneficial and benefits will be related to the house passing through Sade sati. If Saturn is neutral for the sign, average results for the house under Sade sati are likely. 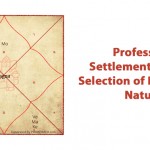 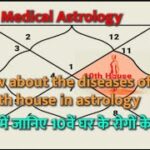